Home » Companies That Have a Bad Reputation: Avoid Them at All Costs 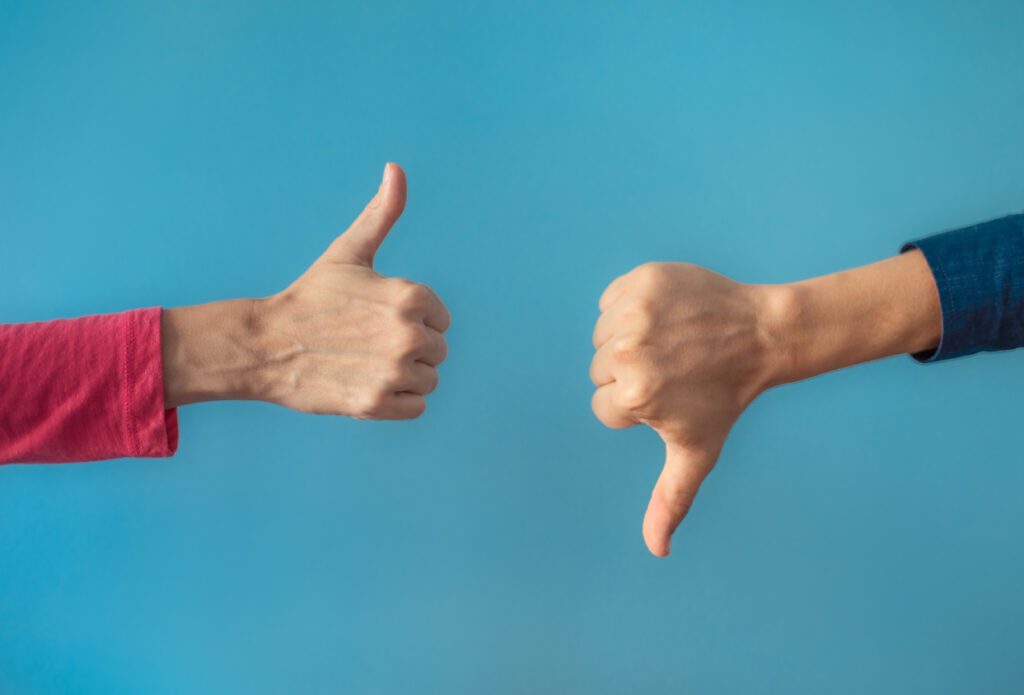 Companies that have a bad reputation influence your relationship with them.

Once you hear about a particular company name, and you had spent a lot of your personal time and maybe resources on their brand or brands you will probably show some emotional reaction.

Depending on the relationship that you had with that particular company, once you hear or read opinions about them there will be an emotional reaction from you.

These factors make a big contribution to the overall image of that company or organization. It is not a surprise that people express positive feelings toward companies that are holding a good reputation.

Everyone needs to know that these reputations can be really fragile and only one mistake or problem can ruin the company’s brand reputation and the trust that customers have in that particular brand. This may become a bigger issue in case there was a problem that affects customers and their health.

Companies with the worst reputations need to react fast in order to retain the reputation and public trust that customers had in their company. In case they cannot fix certain problems or scandals they surely risk losing part of their customers forever.

Today we are going to talk about companies that have a bad reputation, the most hated companies, and how they try to overcome these problems.

People from Chicago in 1982 surprisingly started dying, and the only connection they had was that everyone took Tylenol for extra-strength. Investigators found that somebody laced every capsule with a deadly level of potassium cyanide.

McNeil Client Healthcare, an organization of Johnson & Johnson, had manufactured the over-the-counter drug. The company send mass warnings by the media and in addition recalled all Tylenol bottles in circulation from all the companies that used to sell them.

A number of shops found extra laced capsules that weren’t sold or consumed. The company supplied replacement capsules for anybody who turned in capsules that they had already bought. They even offered a reward for anybody with info on who was responsible for the situation.

The company invested more than $100 million and hurt their financial performance in order to sort this problem, and what is more surprising and important their sales bounced back in a period of one year. In the beginning, most people thought the incident will have a bigger impact and it will kill this brand, however, this company ended up being praised for how well they handled the situation. Tylenol made a bounce back as a favorite pain reliever.

US Congress made interfering with consumer products a federal offense, there were also pointers for products to be tamper-proof. Sadly this didn’t stop people from messing with some products.

There was a man that licked the content of an ice cream container that happened in Walmart and then returned the product into the freezer. Scary thing was that he recorded himself while doing this and then he posted it on social media. There was a need for all the products to be replaced from the freezer by Blue Bell Creameries (who owned the product) and for the person, this resulted in a fine and also a jail sentence.

McDonald’s as one of the largest food chains on the planet always had problems with some of their food choices which were under criticism for being unhealthy. Something that brought a big hit to this company was the documentary named “Super Size Me” which was aired in 2004. That showed everyone an example of how fast a company’s reputation can be ruined or turned negative.

This documentary mentioned was directed by Morgan Spurlock and it was a social experiment that wanted to show how the chain’s food actually affects our health. Morgan was eating only from McDonald’s for a month and whenever the employee asked if he would like to “Supersize” his meal (by adding 200 grams of french fries and 1 liter of soft drink) he would agree.

With this food for a month, Morgan got increased cholesterol, body mass, and gained around 25 pounds. Because this way of eating started damaging his liver, his doctor recommended he stop it right away. This was a big hit for McDonald’s as their sales in the UK dropped to the lowest level following the documentary, making them one of the most hated companies, and people started concerning about eating junk food.

McDonald’s stopped the practice to supersize the meals and started including healthier options in their menu such as milk or salad. They launched the “Every Step Counts” campaign. This campaign promoted the advantages of healthy exercise by giving pedometers.

Chevron is one of the biggest multinational companies in the world but also one of the biggest environmental polluters on the planet. Every day 350.000 oil barrels (industry average) are processed in their refinery in California’s Richmond.

The poisonous waste and oil flares have brought on many health issues in Richmond, including, rheumatic fever, lupus, liver and kidney issues, asthma, tumors, eye problems, cancer, and so on.

Texaco which is a company that in 2001 was bought by Chevron (now their parent company), unleashed a toxic ‘Chernobyl’ in the Amazonian rain forests as it dumped 18 billion of toxic/poisonous waste into the river water. The scariest thing for these two companies was that locals were using the river water for bathing. It resulted in them suffering from some extreme health problems like spontaneous abortions, birth defects, and cancer.

It was pointed like corporate responsibility and they went under state and federal investigations. However, neither Texaco nor their parent company was sanctioned.

Shell Oil is probably one of the most popular corporations on the planet, they sadly were included in one of the world’s worst genocides that happened. The place where the Ogoni tribe of Nigeria lived had great oil potential and the company wanted to drill for oil on their land.

The Ogoni tribe was tormented and persecuted from their land brutally by the Nigerian authorities. In the 90s they made a peaceful protest against their persecution but that protest was put down so violently that Ogonis people said it was a kind of genocide, which made a really bad picture for Shell and added to their bad reputation.

Shell Oil was sued by the Ogoni people and everything was settled out of court. But, the documents that somehow leaked to the media showed that Shell company paid a large amount of money to the military of Nigeria so they violently put down the Ogonis. This case hit their financial performance and proved Shell company as one of the worst brand evildoers in history.

As you already know Coca Cola is one of the most popular companies in the world today. The drink can be found everywhere and anywhere. Something unpopular about this company is that they lead when it comes to workers’ rights, abuse, discrimination, water privatizations, and assassinations. Eight of their union rights leaders have been assassinated after they protest against Coca-Cola’s labor practices, and that happened between 1989 and 2002.

Thousands of their workers who wanted to join the Sinaltrainal union from Columbia were kidnapped and tortured by paid paramilitaries who tried to change their minds about becoming members of that union.

By privatizing water resources they managed to destroy local agriculture in India. Coca-Cola managed to extract more than 1.5 million liters of fresh water and left the area dangerously short of water and which caused a water shortage. The biggest problem occurred when they contaminated the water with bacteria and chloride which lead to stomach aches, scabs, and eye problems and caused public outrage.

If we go further you will be able to notice many other scandals that happened around perhaps one of the world’s most popular companies. Coca-Cola company had really low employee satisfaction at that time and was also marked as one of the most racially discriminatory companies on the planet. It happened in 2000 when two thousand African American firms sued Coca-Cola because of the difference in promotions and pay because of race.

There are many other “accidents” that involve Coca Cola company, and we will try to spend more time on them in some of our future articles.

Something that shows the evil mind of weapon makers is the cluster bombs as an example of modern weaponry. These cluster bombs are known to explode in the warzones in several tiny bombs.

What is really bad is the fact that these kinds of bombs most of the time fail to detonate during that war and remain dormant for years to come. The concerning thing is that these bombs explode when some innocent person or farmer stumbles on them. There were some studies showing that the majority of people who suffer from this kind of bomb are civilians and a third of these are kids.

According to the Geneva convention, these cluster bombs are not illegal for use, however, British banks are still heavily investing in their manufacturing and that resulted in them having poor reputations.

Some of the banks that backed from this “project” after the big scandal happened are HSBC, RBS, Lloyds, and many others, but some of the banks are still funding the bomb makers. Because of this reason we think that these evildoers (UK banks) should be exposed and are added to our list.

Monsanto as a company seems to have the least sense of honesty and they are one of the most popular companies for genetically engineered seeds.

They are producing herbicide which is called Roundup (glyphosate) and selling it as a pesticide but it happened that this pesticide is making the soil poisonous. Plants turn out to be infertile, and farmers have to purchase only Monsanto seeds and pesticides, making dependence on Monsanto which resulted in negative results from consumer surveys.

Sadly that is not all, the company’s Roundup Ultra which is a really costly product is documented to cause skin disorders, cancer, spontaneous abortions, premature births, and nervous and gastrointestinal systems that made Monsanto have one of the worst reputations.

Bad Reputation is Bad for Business

You should know there are many other companies just like the ones that we have on our list that were put into some serious scandals, especially some companies that previously receive federal aid money or even companies that used to make financial aid practices.

For example, Nestle lost their reputation after it was revealed that the company used aggressive and deceptive recruiting, child labor, and bought children as slaves, additionally there was a situation with Phoenix employees protesting against the Phoenix pay system.

In order to protest against them, the best thing is to avoid using their products or services.